This past summer, the police shootings of many innocent black Americans brought the issue of police reform to the forefront of the political landscape. People took to the streets to make their voices heard and fight for change. Since his election in 2016, Carlos has been on the side of justice for those impacted by systemic racism, police brutality, and a broken criminal justice system.

The first step in creating a well-functioning criminal justice system is making sure that the rules which determine sentences and punishments are fair and equitable. That’s why Carlos was first to introduce legislation to fully decriminalize cannabis possession which has disproportionately impacted Black and Brown Floridians. He’s also co-sponsored legislation to reduce minimum sentencing requirements, abolish the death penalty, and ban the arrest of children under the age of 12. 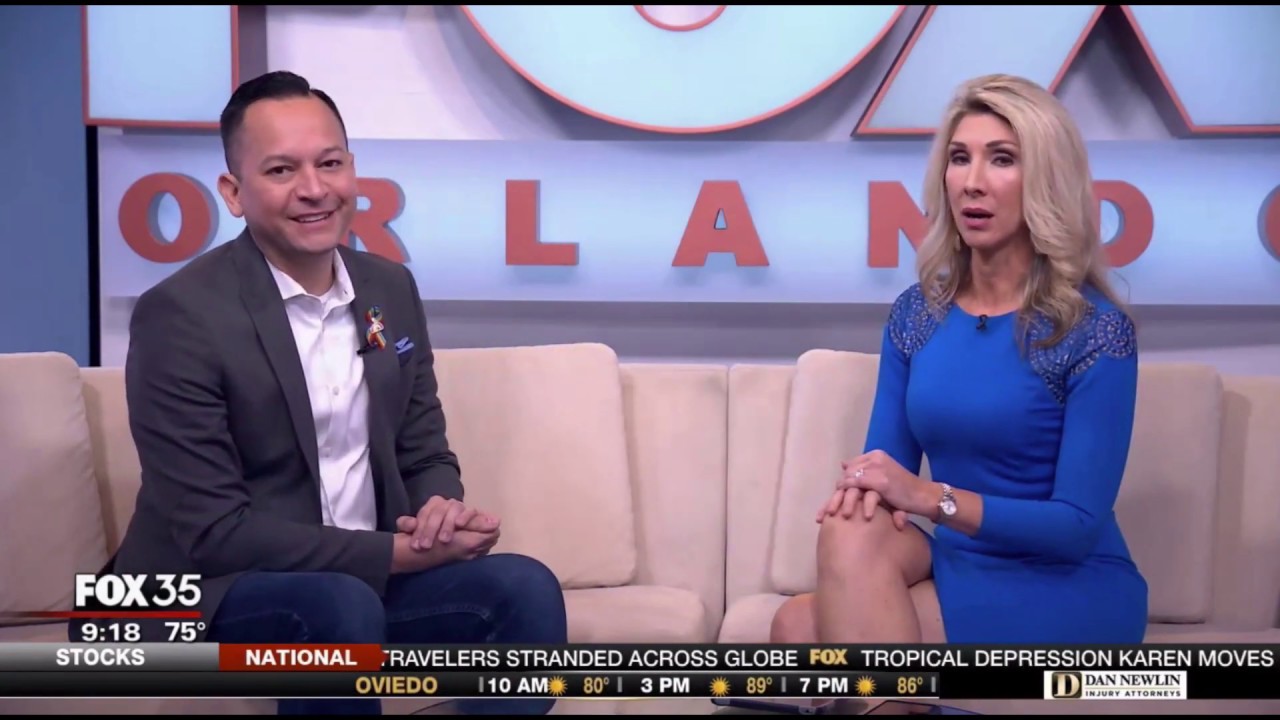 Carlos passionately found to reform or repeal our state’s deadly stand your ground laws. These laws increase the rate of gun violence in communities and can empower people to act violently on their own racial or implicit biases. That is why Carlos voted AGAINST SB 128 in 2017: a bill which shifted the burden of proof from the shooter to prosecutors and gave stand your ground shooters much more leniency in court and has continued fighting against these laws, even co-sponsoring legislation to require shooters first attempt to retreat potentially dangerous situations in 2020. After the shooting death of Markeis McGlockton in 2018, Carlos helped lead an effort in the House to hold a special session to reform Stand Your Ground laws. 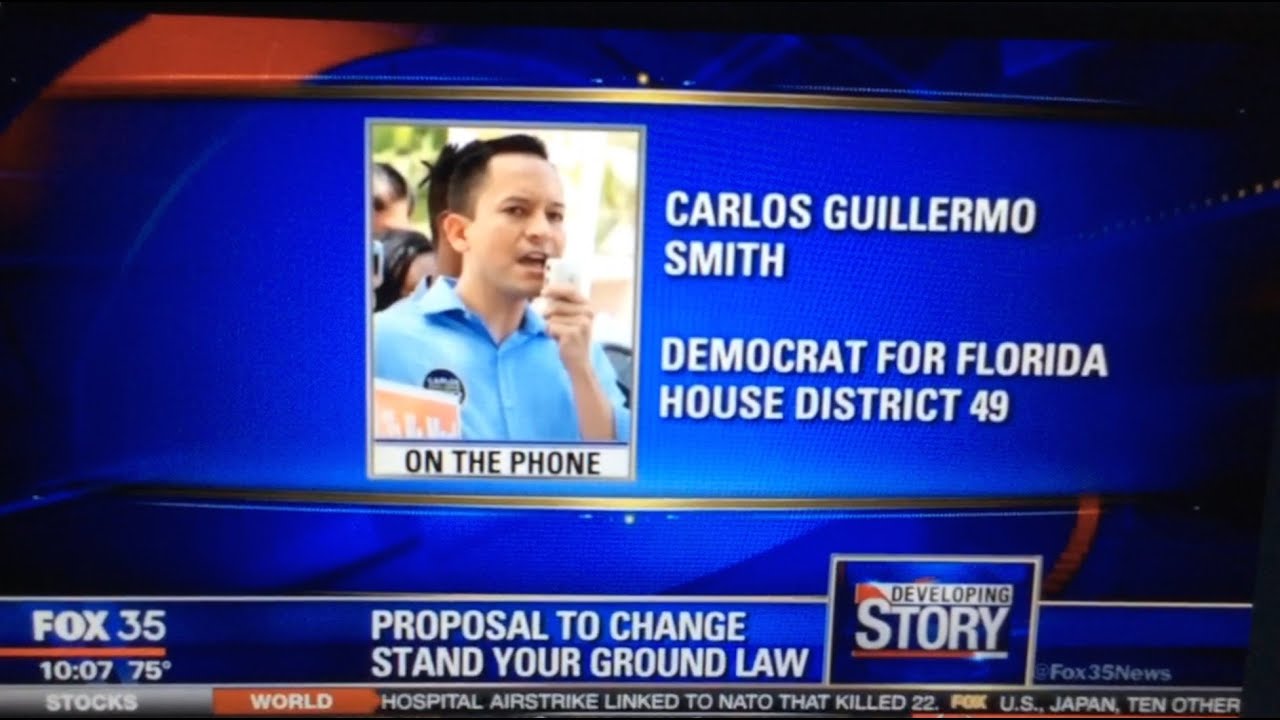 Police officers are too often not held to strict standards on what appropriate use of excessive force entails, and even if they blatantly break the rules, investigators tend to look the other way. Our courts, too, are set up to protect police officers rather than hold them accountable.

Carlos supports a number of bold state-level reforms which include: reforming or repealing sovereign immunity; creating specific criminal offenses for excessive or unauthorized use of force, creating a statewide database to track use of force incidents; requiring all use of force fatalities be investigated by the Florida Department of Law Enforcement, and much more.

Carlos also understands that reducing instances of excessive use of force will require more than just reform. That’s why Carlos has supported delegating certain police responsibilities over to social workers in non-violent situations. Carlos believes an officer with a gun is not needed to handle every societal problem, such as intervening in non-violent mental health crises, interacting with the homeless or dealing with a child temper tantrum in our schools. Instead, our communities would be better served by sending trained mental health and social work professionals better equipped to handle these situations.

Carlos also understands his responsibility as an elected leader to ask questions and apply pressure to local law enforcement when necessary. That’s why Carlos has never been afraid to publicly demand transparency or accountability when the actions of law enforcement are in question.

In 2019, Carlos went on a series of unannounced visits to prisons across the state. What he found were terrible, inhumane conditions. Many inmates spoke of the physical, sexual, and emotional abuse they received at the hands of the corrections officers; inmates had no A/C (including pregnant women) to protect them from Florida’s summer heat; and inmates were often given less than 5 minutes to eat their meals. The poor and inhumane conditions he discovered compelled him to expose the state of our prisons and to rally support for comprehensive prison reform efforts. As the result of a 2019 visit to Lowell, Carlos was also able to get A/C restored for pregnant inmates at that facility.

Many of these reform efforts have focused on the health and safety of female inmates. During the 2019 legislative session, Carlos co-sponsored and helped the Dignity for Incarcerated Women Act. This bill required prisons to provide female inmates with necessary health products and added requirements to male officers’ interactions with the residents. These requirements included banning them from conducting body searches and from being in areas where the women undress. Carlos built on this success in the 2020 session by co-sponsoring and helping pass a bill to protect pregnant inmates. This act barred prisons from placing pregnant inmates in restrictive housing without consent and required specific medical treatment for such inmates. No person deserves to be abused or neglected treatment, which is why Carlos fought so hard for these reforms.

But it is not only incarcerated women who suffer in Florida’s prisons. Men, women, and even children all suffer from many of the same injustices. That’s why Carlos co-sponsored HB 531 in 2020: a bill which would have created a list of basic rights every inmate is entitled to. Many of these rights corresponded to the issues Carlos witnessed firsthand on his visits through the prison system. It would have required staff to treat all inmates with fairness and decency, necessitated proper ventilation in all prisons, and given inmates at least 20 minutes to eat their meals.

Another benefit of HB 531 was that it would have required prisons to offer inmates educational programs – another issue on which Carlos has been vocal. Educational programs help inmates prepare for life outside of prison which reduces their need to return to crime upon their release, reducing recidivism. A similar bill Carlos co-sponsored in 2020 was HB 189. Currently, inmates that display good conduct can receive up to a 15% reduction on their sentence. This incentivizes inmates to develop healthy behavior and keep prisons safe while allowing rehabilitated inmates to restart their lives sooner. All of these benefits help inmates re-enter society when released and therefore reduce recidivism as well. HB 189 would have raised the gain-time cap to 35% of an inmate’s sentence – increasing these benefits. Gain time has benefits for taxpayers, too, as this bill was projected to save Floridians $860 million in reduced prison spending.

Unfortunately neither HB 531 nor HB 189 passed and Carlos’ fight for inmate’s rights and recovery continues. Yet there were two prison reform bills Carlos co-sponsored in 2020 where he found success. The first established a Citizens Oversight Council within the Department of Corrections. This council was given authority to make unannounced visits to Florida prisons, speak with inmates, and report problems to the DOC. While this council wasn’t given the ability to interfere with a prison’s operations, the oversight it adds to the system will hopefully encourage prisons to provide better treatment to their inmates. The last bill forbade juveniles from being held in the same facilities as adults. When juvenile inmates are held with adults, they are often at increased risk of abuse and can develop bad habits from other inmates. This bill ensured that children are protected in Florida’s prisons as well.

Finally, Carlos has been a vocal watchdog of the prison system’s response to COVID-19. Disease can spread rapidly in prisons where thousands of inmates are grouped closely together and medical support can be poor. A prime example of this is hepatitis C: before the pandemic one-fifth of the Florida prison population was estimated to suffer from hepatitis C. That’s why the legislature passed a $28 million bill to support prisons efforts to combat hepatitis and coronavirus last session. Unfortunately, Governor DeSantis cut this funding – a move Carlos opposed vehemently. Since then, Carlos has been a leading voice in the demands for transparency from the prison system and increased safety measures for inmates.